For now we see through a glass, darkly; but then face to face: now I know in part; but then shall I know even as also I am known.

Please Consider Partnering with us.

“A single day in your courts is better than a thousand anywhere else! I would rather be a gatekeeper in the house of my God than live the good life in the homes of the wicked.”
‭‭Psalms‬ ‭84:10‬ ‭

The courts of the Lord is where you stand before Jesus. In His presence and in His service.
This is the posture we are told to have in the New Testament.

“Anyone who wants to serve me must follow me, because my servants must be where I am. And the Father will honor anyone who serves me.”
‭‭John‬ ‭12:26‬ ‭

“And we can be sure that we know him if we obey his commandments. If someone claims, “I know God,” but doesn’t obey God’s commandments, that person is a liar and is not living in the truth. But those who obey God’s word truly show how completely they love him. That is how we know we are living in him. Those who say they live in God should live their lives as Jesus did.”
‭‭1 John‬ ‭2:3-6‬

This is a picture of what it looks like (while we are in our mortal bodies) to be mindful and aware of always standing in the presence of Jesus Christ.

Do we live with this joy? The joy of being united with Him by His blood and by agency of the Holy Spirit? To be ever present before Him in His courts?
It is a spiritual reality!

Do we live with that feeling, that each day while we live in Christ’s presence is better then a thousand days of our past lives?

The House of God is where you worship Jesus and abandon self.

Have you instituted that in your home? Have you made your house, the house of God?

When we fail to build our homes upon the Lord we literally are living a “good life in the homes of the wicked”
That being our OWN HOME!
We have the home which is owned by the wicked, being our selves.

We like to read it, deflecting it on “all the evil people out there.”
It is easy to make it about foreign people with foreign problems. The grass is not all evil on the other side. You have your own weedy lawn!
Your responsible for your own home, no one else’s.
Your good life is the life you made. If your good life is made to please your self and not Christ then your not making Jesus the God of your life.

Your not the hero of the story—— Jesus is!
Let Him into your home by removing all the pleasures of this world, forsaking self and living in worship to King Jesus.

All of Him none of me.

Mary responded, “I am the Lord’s servant. May everything you have said about me come true.”

If this message has impacted you please consider partnering with Dead 2 Myself Ministries.

“My prayer is not for them alone. I pray also for those who will believe in me through their message, that all of them may be one, Father, just as you are in me and I am in you.

“For all who are led by the Spirit of God are children of God.”

To Donate To Dead 2 Myself Ministries please see the link below:

“ Place me like a seal over your heart,
like a seal on your arm.
For love is as strong as death,
its jealousy as enduring as the grave.
Love flashes like fire,
the brightest kind of flame.
Many waters cannot quench love,
nor can rivers drown it.
If a man tried to buy love
with all his wealth,
his offer would be utterly scorned.”

To Donate To Dead 2 Myself Ministries please see the link below: 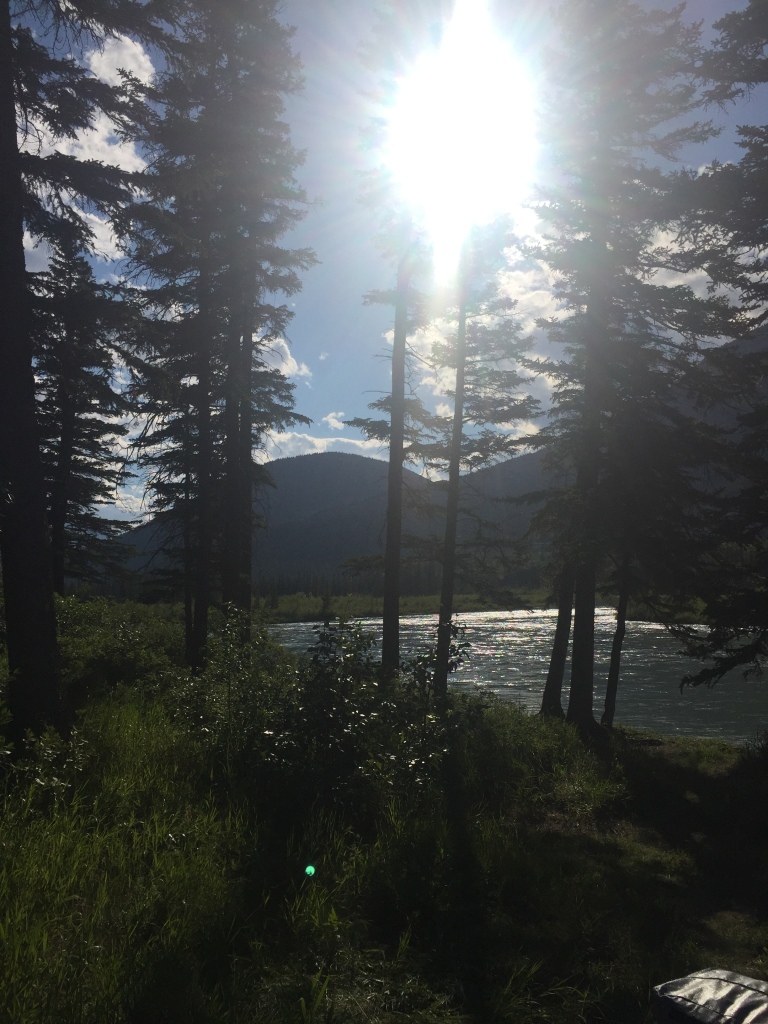 “Jesus replied, ‘You don’t understand now what I am doing, but someday you will.’”

“Come to me, all you who are weary and burdened, and I will give you rest. Take my yoke upon you and learn from me, for I am gentle and humble in heart, and you will find rest for your souls.
For my yoke is easy and my burden is light.”
– Matthew 11:28-30

“For God presented Jesus as the sacrifice for sin. People are made right with God when they believe that Jesus sacrificed his life, shedding his blood. This sacrifice shows that God was being fair when he held back and did not punish those who sinned in times past, for he was looking ahead and including them in what he would do in this present time. God did this to demonstrate his righteousness, for he himself is fair and just, and he makes sinners right in his sight when they believe in Jesus.”– Romans 3:25-26 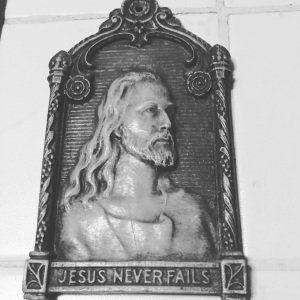 We see throughout the Old Testament that God shows grace and mercy to His people. He forgave the Israelites’ continual rebellion. He answered all of Gideon’s challenges with His power. He surely didn’t need to! (Judges 6:17-22, 36-40). God had a deep, unique, intimate relationship with Moses despite his past as a murderer and his continual impatience and rash behaviour.

We also read that God is holy and righteous. He is just and cannot come in contact with anything vile or profane. His standard of holiness will not allow it. Humans are evil, sinful and profane, yet we see story after story in the Old Testament of God meeting with His creation and showing them grace.

How can this be?

Romans 3:25-26 tells us! It’s because of Jesus Christ! Because of what He would do on the cross!
His blood-bought salvation is applied to all creation, even to those we read about in the Old Testament.

How is this possible? Jesus had not been born and He had not died and rose from the dead in Old Testament times?

God is outside of time! Jesus was present in creation. His death and resurrection applies to all man-kind, “through all time.”

These men and women looked forward to the day that Christ would come and redeem them from their shackles of shame, guilt and condemnation. It was this faith that activated God’s grace through Jesus Christ to the saints in the Old Testament. (Hebrews 11:13-16, 40)

There is grace and mercy through no one else but Jesus Christ!

Though it was a great mystery to those who lived before Calvary, Christ’s sacrifice still paid for their sins and showered them with His grace.

It was through Christ that Moses could hear God’s voice in the burning bush (Exodus 3) and experience the glory of God on Mount Sinai (Exodus 19).

It was through Christ that Gideon could boldly ask the powerful, Holy God to show Himself true! Without grace, he would have been struck dead for his lack of faith and arrogance.

It was through Jesus Christ and His sacrifice on the cross that the Israelites were not wiped out in their entirety, when they time and time again murmured, complained and rebelled against the Living God.

Through both the Old and New testaments we see the grace and mercy of God that was purchased by the blood of Jesus Christ. 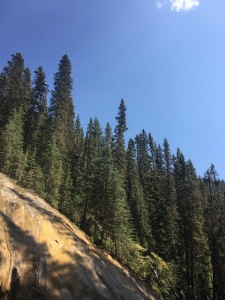 Now this is the confidence we have before Him: Whenever we ask anything according to His will, He hears us. And if we know that He hears whatever we ask, we know that we have what we have asked Him for.
-1 John 5:14-15
Prayer is not some kind of lottery or a wish on a magic star.
It has a specific purpose and flow.
We often ask Christ for things out of selfish want. Christ will not answer prayers that will harm us or those around us. Christ desires for us to ask out of our deepest needs. For He gives to those who truly seek His provision. When we ask, we are shaped. We are shaped into people who ask according to His will. As we pray, we grow; grow from being selfish people to selfless people. This is the process and power of praying into Christ’s Kingdom.
“Thy Kingdom come, thy will be done on earth as it is in heaven.”
What is the will of the Father for our lives? Do we pray these things? Do we even want these things?
When we become in tuned with the Father’s will; when we begin speaking to Jesus Christ through prayer, we get to know His heart for us and His world. We begin praying into His will. We come into agreement with God. We begin partnering with Christ to bring His kingdom to earth.
And when we do pray into His will, when we pray kingdom minded prayers, we can be confident that He not only hears us but that He will answer these prayers.
It may be instantaneous. It may not even look like we imagined. But I can tell you they will be answered with a gracious, joyous ferocity that will be beyond anything we can imagine. They will be answered in the right time and in the right way that will not only benefit you but all creation.
Because that is the God we serve, powerful, gracious and concerned, not only for each individual but for all of creation.
Let Christ’s people come to Him and join Him with the purpose and desire to see His kingdom come and His will be done.
This should be the focus of our prayers!
Widgets
Loading Comments...