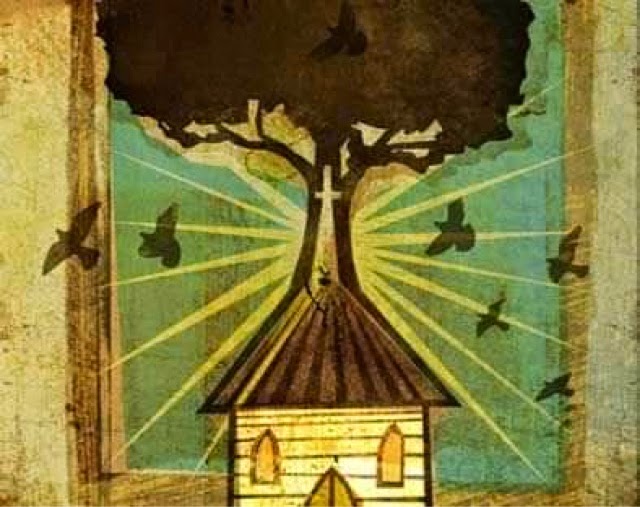 “But you, why do you criticize your brother? Or you, why do you look down on your brother? For we will all stand before the tribunal of God.” – Romans 14:4
For the last number of years, a group of conservative Christian  leaders have expressed  distain and animosity towards the emergent church.  I don’t believe this is fair or right.
First of all, there is no official denomination or even an established faith tradition which is called “emergent”.
We have this word thrown around as some kind of accusation. As if it automatically  means that the church or leader is heretical or attempting to be divisive to the church of Christ.
The closest to a true definition we can have of “emergent” is: ” A church or body of believers which has emerged from a traditional church environment or from a mainline faith tradition which is rethinking and redefining the way to worship, serve and disciple in view of its faith in Christ and based on how it understands scripture.”
Those who then attack this movement as a whole are reacting more as did the Catholic church to Luther or  the Pharisees to Jesus.
These insults and rebukes appear to be stemming from jealousy and the pride of position rather than from love and compassion for the global church, or for Christ.
This is how it appears to me and I am afraid it may appear this way to many outside the church as well.
Non-believers  see Christians divided. The result of this  in-fighting is that they are turned away from Christ, because who would want to join a movement where leaders can’t even get along with one another?
We must be careful not to attack a whole movement based on what a few people preach, that we deem heretical.
If a leader is teaching falsely, then address that teaching. Do not attack a whole slew of others and bring division amongst believers.
Case in point: Rob Bell’s recent public statements referring to some New Testament scriptures as a bunch of old letters which we cannot use as the basis for our beliefs.
“I think culture is already there and the church will continue to be even more irrelevant when it quotes letters from 2,000 years ago as their best defense.”1 This is clearly wrong.
But people were attacking this man from day one when he was very much orthodox and grouping him in with many others who were not.
Did these attacks help anyone?
No.
After years of faithfully and boldly contributing to the body of Christ, Rob has now essentially rejected the Bible.
Why was his ministry attacked in the first place?
He brought forth thought provoking works that urged the church to grow, urged us as individuals to grow in deeper faith in Christ. There was nothing contrary to scripture found in his earlier teachings.
I think he was rejected because he was different and challenging. People often don’t like to be challenged. People often fight against change, even if it is a positive one.
Christianity is not a boys’ club in which we throw stones at those who may look different or act differently from us. All we are going to do is push people away from Christ. and, to the detriment of the church, we will push away good leaders in the faith.
In the case of Rob Bell,  he has indeed strayed from Biblical truth into the area of heretical ideas. He needs to be confronted and challenged in these areas so he may again become fruitful to the church.
I am not saying we just let anything go. What I am saying is it is not okay to cut off a large group of Bible believing, Spirit filled people in the process.
There are many leaders whom conservative Christianity have embraced that are in fact in need of criticism and challenging. But they are let to run rampant because, “hey, they fit in”.
I would never suggest we attack these mainline faith traditions,
but what is the reason we don’t?
Why do we attack the emergent church, yet say nothing about the United Church or the Seventh Day Adventists  or even Baptists, Free Methodists or Lutherans who teach things that are a little to the left of orthodox?
Should we not address each  inaccurate and false teaching head on, with the very person who said it instead of inflicting a whole group with our preconceived ideas?
I say let the church emerge to where the Spirit leads. As long as Jesus is at the forefront.
And let us be weary of resembling religious hypocrites instead of little Christ’s. Let love guide our speech and actions instead of jealousy and pride.
“Brothers, if someone is caught in any wrongdoing, you who are spiritual should restore such a person with a gentle spirit, watching out for yourselves so you also won’t be tempted. Carry one another’s burdens; in this way you will fulfill the law of Christ. For if anyone considers himself to be something when he is nothing, he deceives himself.  But each person should examine his own work, and then he will have a reason for boasting in himself alone, and not in respect to someone else. For each person will have to carry his own load.”
–  Galatians 6:1 -5
“Do not regard him as an enemy, but warn him as a brother.”- 2  Thessalonians 3:15 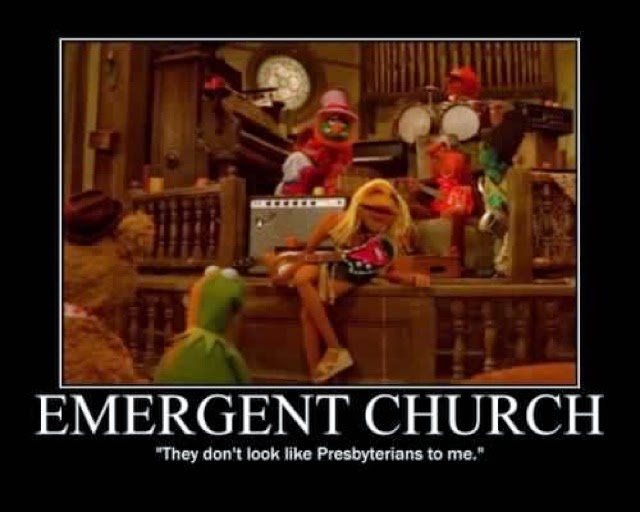 Byron Frank is an author, former radio host and evangelist.
Contact with general comments and speaking requests at dead2myself@gmail.com